I have no idea how many levels were uploaded to Project Spark in the 3 years of alpha, beta and live community servers, but I would imagine it was over a million. Of those only about 2% were worth playing, as the majority of uploads were unfinished tests, 0% remixes, achievement levels, and crossroads remixes. That is still a lot of games though. How do you decide what are the best games? I like a certain degree of factual accuracy, and choosing “best levels” has a high degree of personal opinion, and, as we all know, people’s tastes vary wildly. Also, my memory is not full proof and I have probably forgotten some of the amazing games that I played, and of course I did not play all of them. So, with that disclaimer in place here are some facts and some opinions on what were the best games in Project Spark, that we will sadly never be able to play again.

Check out all these games on the Project Spark archive to remind yourself how good they were.
Please leave a comment on your choices for top games. Please note I have not included any games made by Team Dakota as I do not regard them as community games, that is not to say that Anti Smasher, Swan Song, Suspension etc were not good, just not made by the non-developer community. 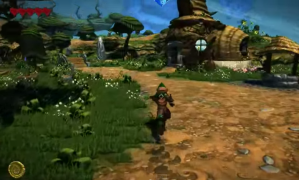 The most popular game on Project Spark with a staggering 240k downloads was Links Adventure by AnteRehn. It was so popular that it’s nearest rival, Pinball Raid 2 had only half the amount of downloads. Was it the best game on Spark? In my opinion, no, not by a long way. That is not to say it wasn’t a decent quest RPG, it was just very basic, was based on a AAA title, so lacked some originality, and it did not have its own visual style, in that it looked like 99% of all Project Spark games. Why was it so popular though? Well, it was one of the early “complete” levels. During beta, many creators were experimenting with what Project Spark could do, and were learning techniques and finessing modelling and prop creation. Full games with a storyline, game mechanics that worked, and a certain amount of polish were few and far between. Based on the popular Zelda games, this level got a lot of downloads quickly and this snowballed into being the most popular game because it was prominent on the most downloaded playlist. It also looked like something you could make yourself, and as such was a good starting point for newbie players to see what they could make quickly. 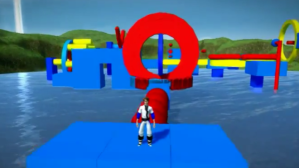 There are some levels that got a lot of attention from YouTubers and were often played as part of a Project Spark lets play collection. R.T by SpawnN8NE even got major YouTube channels such as IGN interested in them. But without doubt the most popular was Wipeout by SilkierJawz. A platformer based on the TV show with over 15 YouTube video playthroughs.

Now we are getting into my personal preferences, and some of these were difficult decisions, which on another day may be different, but here goes. 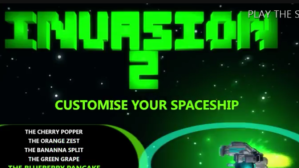 Invasion 2 by ChArg1nMALAZ0R
A sci fi, side scrolling 90s inspired shoot em up. The names of the ships were fun, the game looked professional. It has great kinect sound files too.
Honorable mention: PAC MAN Retro Remake by tavishill2003

Planet of the Dead 2 by Servilleta
Cinematic, engaging and fun to play. You play as a hardened marine-type in a base that has been overrun with zombies. They fall from the ceiling, they gather in hordes, there is even a mech you can get into and mow them down. I loved this level, and would put this in my top 5 without hesitation.
Honorable Mention: Kino der Toten by AnAverageRecon

X-Zero by Arisilde Damal and ST Aabra
Winner of the Avant Garde Gamejam, and one of the best complete and polished games ever uploaded. A sci-fi racing game with neon lit spaceships flying around a track.
Honorable Mention: Off Road Racing by Ianlrod 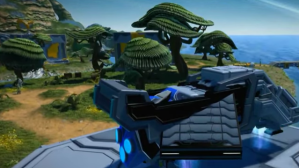 Celestial Quest by GeneStealer84
One of the early level linked creations. Set on a spaceship and then various alien planets this has story, puzzles and combat. Everything you want from a questing game.
Honorable Mention: Dark Mines by GrzesieBialek

Golf Cubs by beefcakepie
The best golf game in Project Spark, and possibly the best two player game. You can even taunt your player to put off his shot or have a fight on the links.
Honorable Mention: Ultimate Frisbee by Ianlrod

Planets by Zgloug
Not only does this not look like Project Spark, it is pretty unique in concept too. A tour de Force in design and koding.
Honorable Mention: Imaginaire by ysss

Jump Cub by beefcakepie
Visually unique game with a twisting tower you need to climb while avoiding obstacles. Different themed levels and a Halloween version made this look really polished and professional.
Honorable Mention: Super Mario Bros by edwiitos

Remembrance by Nie Nie Chu
Beautifully rendered animation with a cute storyline. I just wish it wasnt completely silent, surely there was a music track she could have used
Honorable Mention: Horror Movie Ride by Dannyboy3600

Exo Tower Defence by AnAverageRecon
Complex, competent and fun to play. Stands up as a decent tower defence game in its own right.
Honorable Mention: Waves of War by SNICKEN

Project R.E.X by Infrared82
Tomb Raider style door puzzles, combat, and a brilliantly designed boss made this a must play game.
Honorable Mention: Genesis by WertAndrew2

Dying Light by AnteRehn
A clever game mechanic where you start in pitch darkness, and every time you bump into anything you die and your image lights up the area so you can see for your next life.
Honorable Mention: After Hours by bnmin 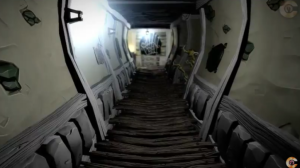 R.T by SpawnN8NE
A copy of P.T which was an interactive trailer for the Silent Hill franchise. Jump scares, a creepy atmosphere and general weirdness make this a top game for me.
Honorable Mention: Home Alone: Short Dark Stories

Customised Goblin Showcase by Steampunk Raygun
Opened up my eyes to possibilities of character design with some really amazing adaptions of the ever present goblin model.
Honorable Mention: Solar Bay City by Pauly January

Other games that were just too good to leave out